Output is nothing but displaying the data on the monitor or any output device, then we can call it as output.

Input is nothing but reading the data from the keyboard or any input devices, then we can call it as input.

Below are the different ways we can use print function 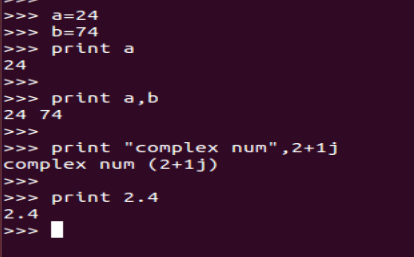 raw_input() function takes argument as string and then it will return string on prompt.