Getting input from console and writing in a file.

Streams are classified into two types, which are the parent class of all the subclasses of other streams.

There are 3 fields in System class which represents some stream.

Based on how we are going to read/write the data, we have 2 categories in streams. 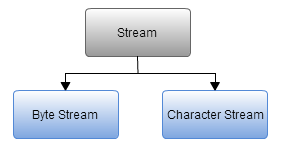 The following diagrams shows some of the subclasses of InputStream and Output Streams which falls under the category of byte streams. 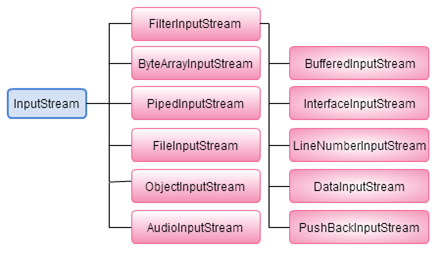 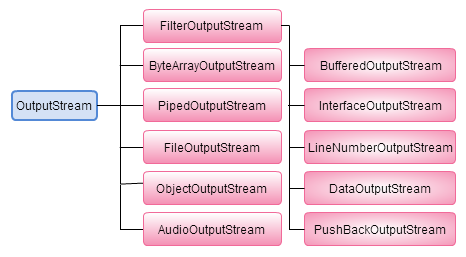 Reading a character from the console:

The program terminates without getting the string value (st). This is because while entering input in the first line, we type a character(Here ‘a’) and hit enter. The enter is taken as value ‘\n’ and assigned to the next input value (i.e. for  st = br.readLine(); ) and hence \n is assigned to st and the same is printed which is a blank line. Thus the above output is thrown by the program.

Reading Other Data Types from the keyboard:

The readLine() method gets the input from the console as string, which can be later converted to any type using the parse method of that data type.

We can also tokenize the given string and store the tokens into separate variables. This can be done using the StringTokenizer class with the help of nextToken() method.